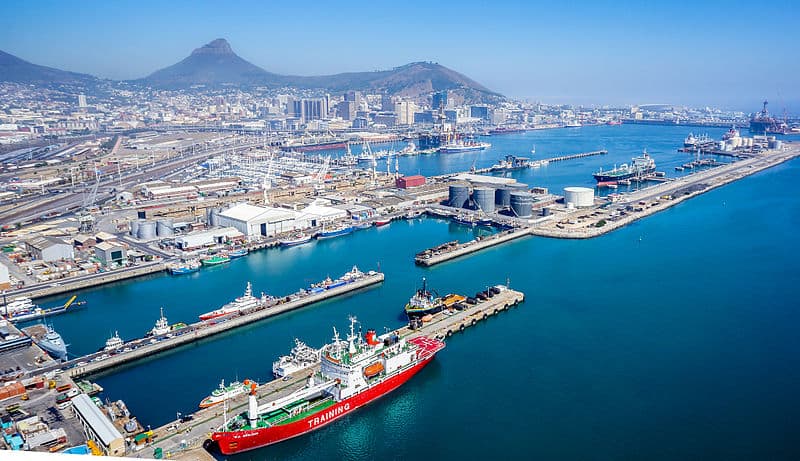 Cape Town is the Largest city of the Western Cape Province, and forms part of the City of Cape Town metropolitan municipality, the Parliament of South Africa is based in Cape Town. In 2014 Cape Town was named the best place in the world to visit, by The Daily Telegraph and The New York Times and has also hosted the 1995 Rugby World Cup and 2010 FIFA World Cup.

Britain established the Union of South Africa in 1910, which consolidated the Cape Colony with the two defeated Boer Republics and the British colony of Natal. Cape Town later became the capital of the Republic of South Africa. Before the mid-twentieth century, Cape Town was one of the most racially integrated cities in South Africa and was also home to many leaders from the anti-apartheid movement. Robben Island a former prison 10 klm from the city, held many famous political prisoners for many years, Nelson Mandela was one of the prisoners of Robben Island, who was released on the 11 February 1990, this was the beginning of a new era for the country, and the first democratic election was held four years later.

City Bowl is part of Cape Town and is a natural amphitheatre-shaped area bordered by Table Bay and defined by the mountains of Signal Hill, Lions Head, Table Mountain and Devil’s Peak. The Company’s Garden is also situated here, which is the oldest garden in South Africa, the garden was originally created in the 1650’s and is watered from the Molteno Dam which uses water from the springs on the lower slopes of Table Mountain.

Helderberg is a wine producing area in the Western Cape, Helderberg consists of Somerset West, Strand, Gordons Bay and a few other towns. Helderberg gets its name from the imposing Helderberg Mountain, which is Afrikaans for “clear mountain” because the mountain illuminates in the evenings.

The Southern suburbs have many tourist attractions such as, Kirstenbosch gardens botanical gardens, Rhodes Memorial, Newland Forest and there are quite a few golf courses in the region with the likes of “King David Mowbray golf club”, Rondebosch Golf Club, and the Steenberg Golf Club.

Blaauberg is a Southern Suburb of Cape Town located along the coast with running, cycling, surfing and stand up boarding proving popular with the locals and is also a popular location for a classic view of table mountain across the bay.

Cape Town is a holiday maker’s paradise, packed with natural and man-made attractions.

There is the flat topped table mountain that is utilized by hikers, if you want a day out you can simply take the cable car up to the top of the mountain and have a meal at the restaurant. The V & A Waterfront is a big tourist attraction, with many local and international shops, restaurants, museums, residences and hotels, there is also the Kirstenbosch National Botanical Garden nestled against the slopes of table mountain, the garden was established in 1913 to conserve and display the rich and diverse flora of South Africa.

Lets not forget the beautiful Cape Winelands, a mere 20 to 30 minutes away from the centre of Cape Town, and boasting wine eprovinces such as Stellenbosch, Paarl, Constantia, and Franschoek where you could simply relax sipping wine and enjoying the picturesque wine eprovinces and magnificent views of the surrounding mountains and valleys.

Herschel Girls School is located in Claremont and is known to be the best in the province according to government data. Rustenburg Girls High in Rondebosch and Hoër Meisieskool in Stellenbosch are also very good schools not forgetting Khayelitsha-based, Sizimisele Secondary School, Simunye Secondary School in Delft and Pacaltsdorp Sekondere Skool in George. Education is very important and in Cape Town there is a wide choice when it comes to schooling, being private or government schooling. Both the University of Cape Town and Stellenbosch University are leading universities in South Africa.

Cape Town has a public transport system in about 10% of the city, as well as the following areas:

Blouberg/Table View, Dunoon, Atlantis and Melkbosstrand, Milnerton, Paarden Eiland, Century City, Salt River and Walmer Estate and all the suburbs of the City Bowl and Atlantic Seaboard all the way to Llandudno and Hout Bay. Shopping in Cape Town is something you cannot miss, it is one of the most enjoyable things to do when you are on holiday. Head to the Waterfront for the most energetic vibe, V&A Waterfront would be ideal if you are looking for a place to do all your shopping as they have appliances to fashion and electronics to souvenirs, and is the perfect place when you are on a tight budget. Then you get the Victoria Wharf Shopping Centre on the waterfront along with many other stores, with a collection of choicest brands, and the most luxurious restaurants, this is also a great place to enjoy nightlife.

If you need a change of wardrobe Canal walk shopping centre would be the place to go, as it is known for housing international as well as local apparel brands that offer the most beautiful fashion designs, then there is the Garden Shopping Centre where there is an abundance of different foods to eat and street musicians adding entertainment. Cape town has many different shopping centres ensuring you will never get bored when on vacation.

Cape Town is the economic hub of the Western Cape province, Cape Town CBD contains most of the job opportunities and office space. Most companies that have their headquarters in the city are insurance companies, retail groups, publishers, design houses, fashion designers, shipping companies, petrochemical companies, architects and advertising agencies. These are not the only companies in Cape Town, there are plenty of well known companies such as Clicks Holdings Limited, Foschini Group, Pick and Pay stores, Shoprite and Woolworths. The city was recently named the most entrepreneurial city in South Africa.