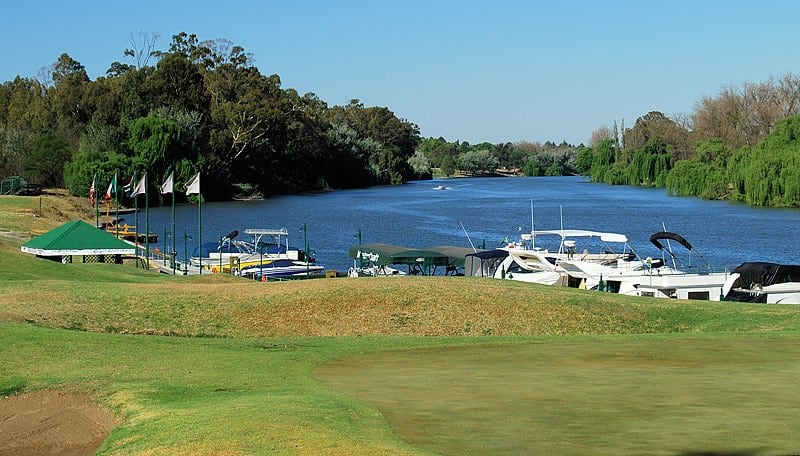 The name Vereeniging is derived from the Dutch word meaning “union”, the city is currently one of the most important industrial manufacturing centers in South Africa with its chief products being iron, steel, pipes, bricks, tiles, and processed lime, this area has mostly Afrikaans speaking residents followed by English and Sesotho.

Bles Bridges a famous Afrikaans country singer stayed in Vereeniging until he died in 2000, not forgetting Leon Schuster a famous actor, comedian, producer, singer, and filmmaker was born in Vereeniging on 21 May 1951.

History of Vaal Triangle (Vanderbijlpark to

In 1920 Dr. HJ Van der Bijl a young South African electrical engineer who was working in the United Provinces, was called back to South Africa, by the then Prime Minister Jan Smuts to advise the government in the planning of the South African industrial development, hence Vanderbijlpark that derives from his Surname, the founder of the town Hendrik Van der Bijl had his old house situated in Grieg street in the affluent SW 5 proper suburb.

Vereeniging was founded in 1892 and is situated on the banks of the Northern Loop of the Vaal River, much of its early growth was due to nearby coal mines. The city is the location where the peace treaty was signed that ended the Second Boer War between the South African Republic and the Orange Free State on the one side and Great Britain on the other, ending the Boer War. During this conflict, a concentration camp was set up by the British Military in the area. The concentration camp is set up where Mittal steel is today.

Vereeniging was the first municipality in South Africa to supply better housing for the Africans, near Vereeniging is the community of Sharpeville and was named after John Lillie Sharpe who came from Glasgow Scotland.

Vereeniging has attracted many property sales for permanent residency and all its surrounding areas offer an excellent place to lose your heart. Suburbs like Three Rivers are very well-known for their beautiful riverfront properties and secure townhouse complexes. In Risiville there are many cluster homes as well as residential properties, the Vereeniging CBD boasts many apartment buildings. Peacehaven offers all types of properties, just outside the city such as Duncanville, Arconpark, Falconridge, Waldrift, and Solandpark are just on the outskirts of Vereeniging.

Some of the suburbs are close to the Vaal River, which is an upmarket and wealthy area. SW5 is one of the most popular areas with lavish houses, some overlook the Vaal River. Another very popular area is Marlbank and is referred to as “Millionaires bend” with some of the most expensive houses ranging between 10 and 20 million rand. A lot of the houses in Vanderbijlpark were built by Iscor from 1947 to 1964. Since 1999, Vereeniging has been part of the Emfuleni Local Municipality and Vanderbijlpark. Vereeniging consists of 29 suburbs of which 7 form part of the 3 rivers.

Vanderbijlpark is home to many beautiful attractions and landmarks like the Aquadome which is climate-controlled, you can go and have fun no matter the weather. Slide down the waterslide, take a dip in the warm water or explore the ship-wreck. There are fully trained lifeguards on duty all the time, kids can play to their hearts’ content.

In 2001 Emerald Animal world was established by the National Zoological Garden of South Africa, it has a 189-hectare game park and a 14-hectare zoo it also houses many species of mammals, birds, amphibians, and reptiles.

Vereeniging has the Treehaven Waterfowl park reserve which plays a big role in waterfowl conservation, there are 16 species of indigenous duck and 116 species of exotic duck, geese and swan so take your binoculars and camera and do some waterfowl watching.

Sharpville township is situated plus-minus 14 kilometers from Vereeniging, where there is a memorial at the human rights precinct for all the people who were injured and died during the protesting, in 1960 during the apartheid era a large unarmed group headed to the police station to protest about not having to carry around passbooks, the police did not know what to do with the group and opened fire on the citizens killing 69 and injuring 118 this was known as the Sharpville Massacre.

Emmanuel Private School is a popular private school in Vereeniging that thrives to please, attention is paid to developing learners holistically through academic, spiritual, and physical training, having said that we must not forget all the other private and government schools that are also in and around Vereeniging.

Sebonkeng Hospital, one of the biggest regional hospitals in Gauteng. It is located at the main entrance of Sebokeng township which is about 20 km South of Vereeniging, the hospital is equipped with 800 beds with a staff complement of 1804 of which 1368 posts are filled.

Midvaal Private Hospital is a highly specialised healthcare unit that offers an intimate environment to provide top-class nursing care, their facilities meet the highest standards and are complemented by state-of-the-art equipment, there is no shortage of medical care in Vanderbijlpark as there are very good government and private facilities as well as the Driehoek Clinic, Bophelong Clinic, and Mediclinic Emfuleni.

Riverside Mall is the top-ranking shopping center in Mpumalanga with over half a million people visiting the center each month. It is a major attraction for tourists who like to shop from Mpumalanga, Mozambique, and Swaziland. If you are needing to eat after shopping there are many restaurants to eat at. Vaal Mall is situated in the countryside of Vanderbijlpark, there are 140 retail stores and restaurants along with ample free secure parking, if you prefer to eat outdoors there is a food court that extends to the outside which creates a lovely atmosphere for dining. The center is located at the intersection of the Golden Highway and Barrage Road, Vanderbijlpark. River Square Shopping Centre is comfortably situated in the suburb of Three Rivers in the town of Vereeniging, Gauteng and has 115 stores in the shopping mall, and is not far from the Vaal River and boat launching jetty. Not forgetting all the activities at the Vaal Dam for you and your family to do such as An Amusement Park, Various Museums, A Lion and Crocodile Park Laser Tag, Emerald Casino – Warm Water Aqua Dome, SkyDiving, Hiking Trails, and Fishing.

Plus-minus 60% of the town’s labor is employed in factories. The rest work for Private businesses, Government, Shops, or in the service sector. Rossini Boulevard used to be a residential area, but in recent years the homes have been converted to informal businesses.

The town has had a gradual negative economic growth, to such an extent the local municipality was declared bankrupt in November 2019, this is because billions of property tax proceeds to the municipality were stolen by local government officials. There are many local businesses in Vanderbijlpark such as Renault Vaal, Decor Hyper and Triangle Brake and Clutch, these are just a few.

Vereeniging’s motto is Per Pacem and Industrial (Through peace to industry) and is currently one of the most important industrial manufacturing centres in South Africa, with the main products being bricks, steel, iron, tiles, and processed lime. Several coal mines are also still situated in the area as well as other retail stores and businesses in the area.