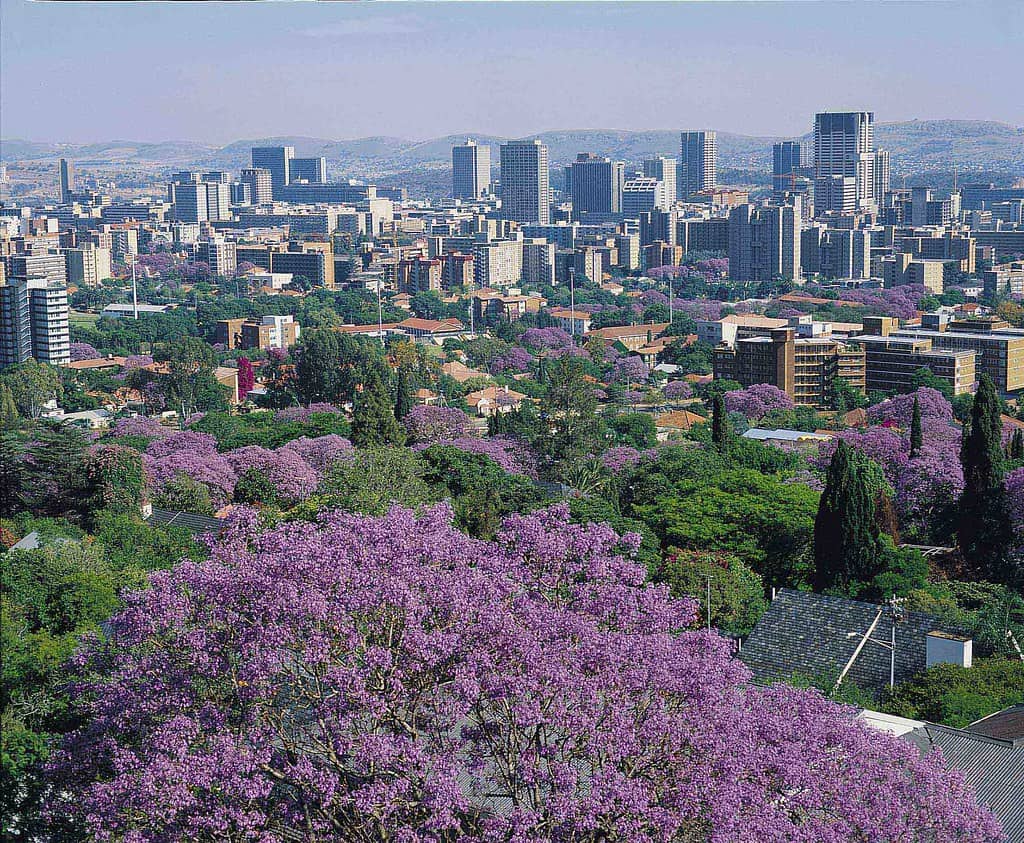 Pretoria is South Africa’s capital city and is quieter than Johannesburg with slightly warmer temperatures. It is a safe city in which to bring up a family and enjoy a high quality of life and has the ideal housing option for all tastes and budgets. The city was established in 1855 and became the capital of the Transvaal and later the country. It is home to South Africa’s largest university, UNISA, and offers some excellent Afrikaans and English government and private schools. The Union Buildings offer panoramic views of the city, with Pretoria Zoo and Botanical Gardens popular places to unwind. Several large malls are scattered throughout Pretoria and the Boeremark is a famous flea market that is open on weekends. Pretoria has two Gautrain stations and many highways that connect it to Johannesburg and beyond. Accenture, Deloitte, SAP and Microsoft are only a few companies with large offices in Pretoria.

The city was established in 1855 by Voortrekker leader, Marthinus Pretorius who named it after his father. It then became the capital of the Transvaal, and later the country. Shortly after, the Cullinan Diamond Field was discovered and the country’s first university, the University of South Africa was started. In 1994, Nelson Mandela was inaugurated as president in Pretoria and the city was named capital of the new South Africa. Pretoria became the seat of the City of Tshwane Municipality in 2000 and continues to see growth, with new businesses and residents moving into the area.

Pretoria’s main suburbs include the following:

As the country’s capital, Pretoria has interesting landmarks such as the Union Buildings (which give a panoramic view of the city) and the Voortrekker Monument.

The National Botanical Gardens are in Pretoria East and the country’s best and largest zoo is in the CBD.

Pretoria is home to South Africa’s largest university, UNISA, as well as the University of Pretoria, one of the top universities in the country.

Hatfield and the Pretoria CBD have Gautrain stations, connecting the city to Johannesburg. It is popular amongst professionals who work in Johannesburg and wish to avoid road traffic.

The N1, N4 and N12 highways give convenient access throughout Pretoria and beyond.

Accenture, Deloitte, SAP and Microsoft all have large offices in Pretoria. Many other small and medium-sized businesses are based in Pretoria, giving them the distinction of being based in the capital city.

Most large corporations are located close to Pretoria’s major highways for the sake of convenience.