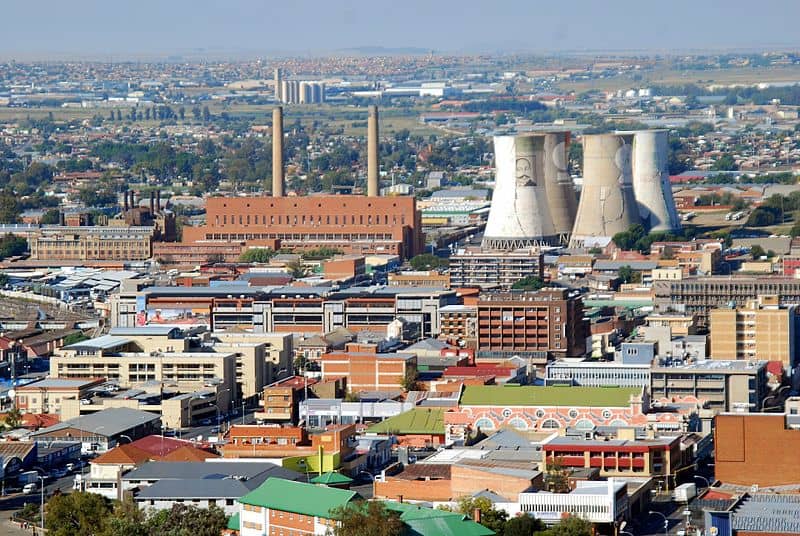 Bloemfontein is the seventh largest city in South Africa and forms part of the Mangaung Metropolitan Municipality. Bloemfontein was one of the host cities for the 2010 FIFA World Cup.

Bloemfontein which is an Afrikaans word means (“fountain of flowers”) and is also known as Bloem. Bloemfontein experiences a semi-arid climate with hot summer days and cooler dry winters, often with frost.

Bloemfontein was founded in 1846 by Johannes Nicolaas Brits who owned a farm, he was born 21 February 1790 and was the owner and first inhabitant of Bloemfontein, he then sold the farm to Major Warden. Bloemfontein is the capital of the Free State Province, the current Executive Mayor of Mangaung is Olly Mlamleli who was elected in August 2016.

Listed below are the main suburbs of Bloemfontein.

Rayton, a former rural area just beyond Heuwelsig in the north of Bloemfontein, has a real country feel, a very rustic suburb providing some wonderful places of escape from city life.

Bayswater is a suburb that is conveniently close to some of the best medical facilities in Bloemfontein which are City Med Clinic, 3 Military Hospital and Med Chem Diabetic Clinic.

Langenhoven Park is a sought-after suburb, it caters for young and old and is conveniently close to the N1 and other main access routes. Some of Bloemfontein’s best schools are within 4 km from the suburb. One of the main attractions of this lovely suburb is the weekly Farmers Market, this takes place every Saturday morning and is a wonderful family outing. These are not the only popular suburbs, there are many more.

Bloemfontein is poetically known as “the city of roses” because of the abundance of these flowers and the yearly rose festival held there. The city’s Sesotho name is Mngaung, meaning “place of cheetahs”. The Free State Stadium and the surrounding sports complex is the main sports venue in the city and province, other stadiums in the city are Mangaung Oval, Dr. Petrus Molemela Stadium and Clive Solomons Stadium.

One of Bloemfontein’s top attractions is the Anglo Boer War Museum which was fought between the British and the Boer. Naval Hill is also a very popular attraction where you can get a panoramic view of Bloemfontein and the area is also home to abundant wildlife, also on the hill is a huge statue of Nelson Mandela, many people travel here to pay their respect to this icon.

Bloemfontein has many institutions of learning, Classes are taught in different languages from school to school, the Languages are predominantly Afrikaans, English and Sesotho. There is an abundance of private and government schools to choose from in Bloemfontein. There are also many private institutions such as Damelin, Qualitas Career Academy ATTI and many more.

National District Hospital is a provincial hospital in Bloemfontein, the hospital is located in Roth Avenue, Willows and the nearest main road is the R706 to the east of the hospital. The suburb of Willows is surrounded by Westdene, Hospital Park and Wilgehof. This being said, let us not forget all the very good private hospitals and clinics that are in and around Bloemfontein.

There is no shortage of shopping malls in Bloemfontein like the Fleurdal Mall, which is always crowded as it is a popular mall with a variety of stores all above par. Located a stone’s throw from other smaller malls and situated close to one of the mega churches.

Central Park is a building in the middle of the Bloemfontein CBD, this forms part of the public transport hub of Free State province, the centre was revamped in 2018 which included brand new shopfront public bathrooms and floor tile.

Pretty Gardens Lifestyle Centre is ideal for families and offers the best of both worlds, as it is surrounded with the beauty of nature. Bring the family for the day, come and relax and enjoy all the beautiful surroundings of nature, there are restaurants, pets, reptiles and many little shops to shop at if you prefer shopping. There are many more shopping malls and small shopping areas in Bloemfontein such as Loch logan Waterfront Mall, Mimosa Mall, Middestad Centre, Northridge Mall and many more.

The Windmill Casino and Entertainment World known for its hospitality is located just off the N1 Highway in Bloemfontein and then for those who like theatre there is the Sand du Plessis Theatre which is a multi-purpose theatre that hosts a number of fantastic events and performances.

Bloemfontein’s economy is driven by the private sector. Some of South Africa’s largest retail companies have headquarters located in the city, a large portion of Mnguangs’s economy relies on contributions from community services, there are also other important industry sectors including retail & trade, finance, manufacturing and transport.

Unilever, a large company has one of its branches in Bloemfontein and sells home care products, such as laundry tablets, powders and liquids, soap bars and cleaning products.  Mazas, a leading international audit, tax and advisory team, are also based in Bloemfontein.